Tanzania is a diverse country with many different tribes, cultures, and traditional religions. There are Christians, Muslims, Hindus, Buddhists, and of course, traditional tribal beliefs. One of the most exciting aspects of Tanzania is that so many religions are present in this one country. This means that travelers will have to be prepared for some differences in religious practices while they visit Tanzania’s more rural areas.

The main religion in Tanzania is Christianity, with followers representing about 93% of the population. This makes it one of the largest Christian majorities in Africa and also in the world. The second-largest faith in Tanzania is Islam, representing about 6% of Tanzanians worldwide and almost half of the country’s coastal community who are primarily followers. A small minority practices African Traditional Religion or Indigenous beliefs.

Christianity first came to Tanzania with European colonization on Zanzibar by German missionaries around 1844. Germans would continue to bring Christianity inland in the Central and Southern regions. With their occupation came medical missions, which helped fight infectious diseases, including malaria, and brought about new schools and hospitals where locals learned skills of modern medicine. Today, most Tanzanian citizens who claim affiliation with a Christian church belong either to the Roman Catholic Church or the Anglican Church.

Islam was spread into Tanzania by Arab and Persian traders and immigrants beginning around 100-200 years before Christianity arrived on mainland Africa. Waves of these Muslims would enter Southeast Africa, particularly Zanzibar Island, down through history until today. The majority of Tanzanians who identify themselves as adherents of Islam reside in the country’s coastal area and fringe communities in large cities such as Arusha, Dar es Salaam, and Dodoma. Most followers of Islam are Sunni Muslims, with some Shia, Ahmadiyya, or non-denominational minorities also present. 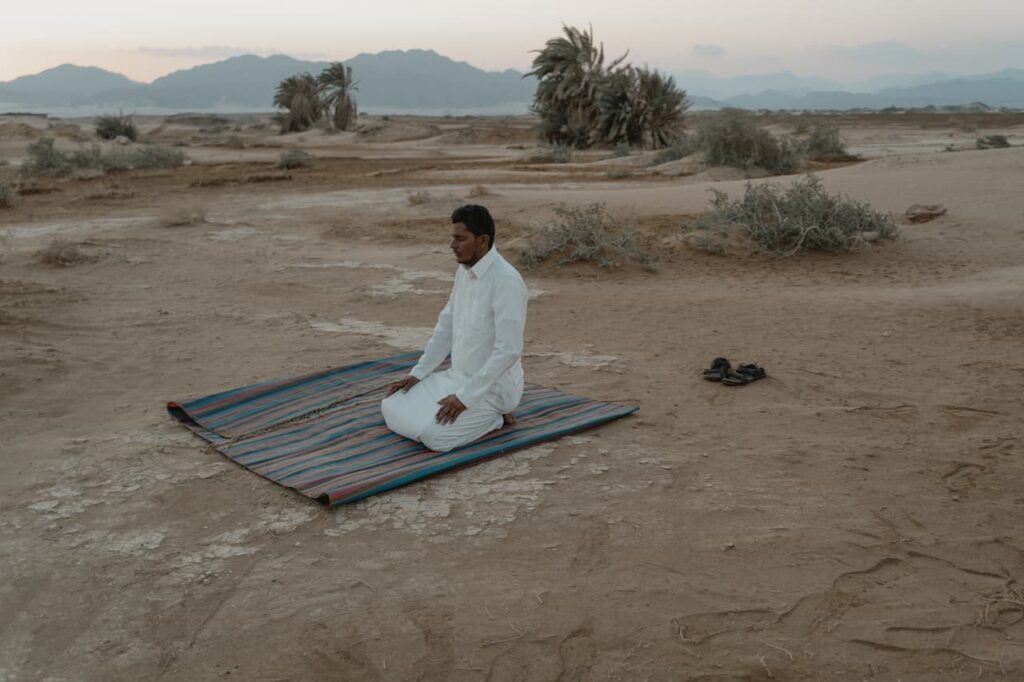 The least followed religion in Tanzania is that of Indigenous beliefs, which are mostly practiced on the island of Zanzibar by approximately 0.1% of the population. These belief systems vary from region to region but follow general African Traditional Religion customs, which acknowledge a supreme being and spirits people believe dwell in natural objects such as trees or rocks. Ancestor worship is an integral part of these faiths where descendants show gratitude to their ancestors for good fortune granted to them by praying at shrines built near the tombs of relatives no longer living among the family.

Minor Tanzania religion is the Ahmadiyya Muslim Community introduced to mainland Africa by Mirza Ghulam Ahmad in 1903. It is estimated there are only around 1,000 Ahmadi Muslims living in the country today.

This is one of the most important festivals celebrated by members of the Islamic faith in Tanzania. The exact dates on which it is observed change every year, but it occurs around July after Ramadan. This feast honors Abraham’s willingness to sacrifice his son Ishmael instead of Isaac, for God ordered him to do so at the last minute. Although they were interrupted, this willingness is celebrated by many Muslim religious groups.

People will prepare for this holiday in advance, gathering together to fashion their traditional clothing and sharing food with friends. The festival itself consists of songs and prayers recited at mosques or other designated spaces. There are also teachings given during the celebration that stress the obedience of Abraham’s faith in God.

The Mawlid is a Muslim celebration that commemorates the birth of Muhammad, which occurs on December 12 or 13th each year. It has become an important event for all Muslims since it allows them to remember the sacrifices their great prophet made throughout his life, just as they remember Abraham’s willingness to sacrifice Isaac. This holiday is top-rated around Lamu, where celebrations are lasting up to a week.

People in Muslim communities will dress up in their finest clothes and gather in the streets or local mosques for prayers dedicated to Muhammad. One of the most popular ways to celebrate is by erecting decorated boards near doorways, writing verses from the Quran. These boards are later burned, signifying that they are being sent directly to Allah.

This Hindu celebration occurs on April 14th each year. It commemorates the beginning of the farming season during ancient times in India when peoples’ lives were divided into different stages, which allowed everyone an allotted time for planting. This was important because there were still many uncertainties about growing crops during this era. The festival itself is characterized by colorful celebrations, as Tanzanian people gather together to eat and socialize.

This is a Hindu celebration that occurs on April 5th each year around the world, though the specific date of the event varies at different locations. It began as a holiday for worshiping Krishna but has since become a way for Hindus to celebrate many deities, including Ganesha, Durga, and others. People often make statues for this particular festival out of clay or other materials, which they decorate with bright colors before adorning them with new clothes. Then they prepare special food items to offer up during their prayer session.   Depending on how involved it becomes in specific locales, this can last into the night and usually begins around noon.

This is a Muslim celebration that takes place on the 27th day of Ramadan each year. It commemorates Muhammad journey through the seven heavens, which he claimed was accompanied by angels and the prophets. This Muslim holiday fits in step with several other celebrations due to its nature as a religious observation. However, it can be seen more prominently among active members of their faith.

In Islamic communities, this day will start out focusing intensely on prayer and remembrance of God. Then there will be time for feasting before Muslims spend time with family and friends to enjoy one another’s company during a night filled with festive activities. The following morning begins a period of contemplation where Muslims use this time to ask themselves how to improve their relationship with Allah.

It is important to note that while many religious holidays are observed on specific days each year, certain celebrations have become associated with the calendar. This means that these events do not follow any set time frame and can be celebrated at different points throughout the year instead. For example, Easter occurs once every year in the springtime for Christians worldwide because of its association with Jesus’s resurrection. While dates will vary slightly based upon which sect of Christianity one belongs to, this religious holiday is an important event due to its spiritual significance even when it does not fall on or near a specific day. 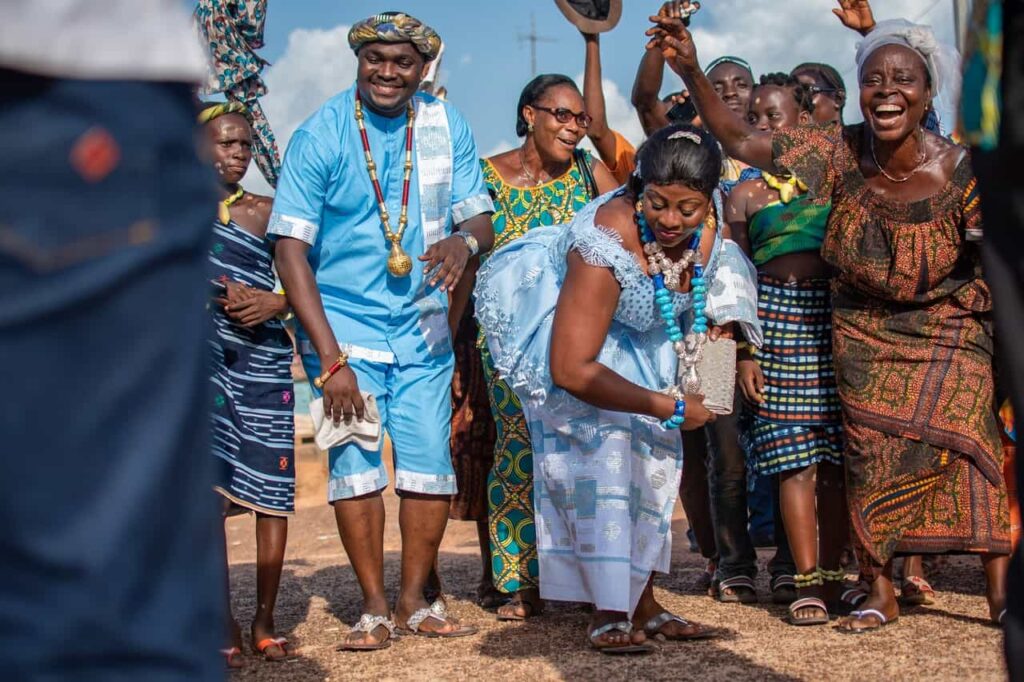 This celebration takes place for Buddhists during October, but there is no standardized calendar that dictates when it should be held. It is done in commemoration of the ceremony where his laymen offered the Buddha new robes. This began as a way for followers to express their gratitude toward the master but has since become an honor given to monks who are highly respected within Buddhist communities worldwide.

On this day, people will gather together at local temples in areas with large Buddhist populations and make food and other gifts. In some places, this can last for several days, while others end the festivities quicker as a means to observe different parts of their faith that could use more attention from those living nearby.

The date on which this event occurs depends entirely upon the lunar cycle, making it difficult for Buddhists worldwide to celebrate on a standardized schedule. In places with Buddhist temples, people may come together for these festivities at varying times to participate in their religious tradition.

As this is a religious celebration, people will often engage in prayer and meditation to mark this occasion as a time of reflection. They also observe other tenets of their faith during this period, which means that certain activities such as abstaining from sex or vegetarianism become part of the more significant celebrations involving Kathina. However, Buddhists worldwide may not all follow such guidelines even when they gather for this event.

The vast majority of the local population of Zanzibar are Sunni Muslims. They constitute about 84 % of the population. When it comes to other Zanzibar religions, the most numerous are Christians, about 9% of which the largest number are Anglicans and Catholics (in the capital of the island, there are cathedrals of both denominations of this faith). Approximately 5 % of the population constitutes followers of Hinduism. The remaining 2 % consist of animists and non-believers. 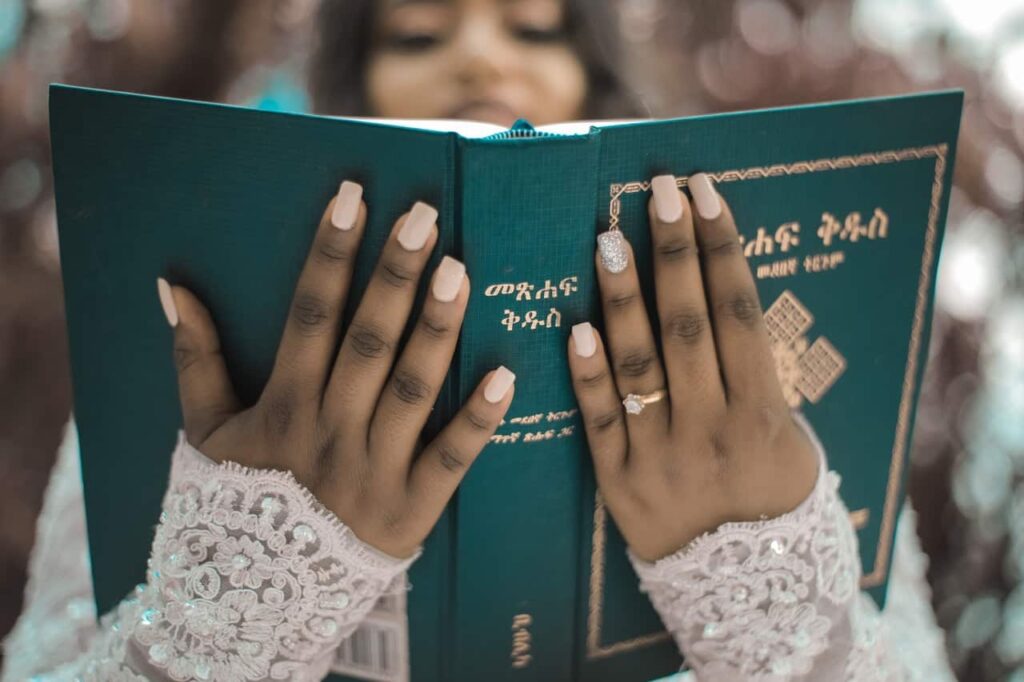 Islam dominating on the island is a fairly strict religion regarding male-female relations, as well as issues of clothing. The recent popularity of Zanzibar has contributed to a significant increase in tourists. Some of them, according to locals, has been too frivolous, parading in bathing suits in places not meant for it, such as sightseeing on the island or visiting its capital. The autonomous government of Zanzibar has issued a crackdown on bikini-clad tourists. Bikinis are only allowed on the beach or in hotels. Going outside the resort in such a bikini exposes tourists to high fines, reaching USD 2,000. In organized groups, the fine can also be paid by the pilot/guide and the trip’s organizer. In addition to bikinis (topless is generally prohibited) in public places should be avoided shorts (also in the case of men), mini skirts, blouses with straps, and too much cleavage.

Visitors coming to Zanzibar during Ramadan should know that it is not advisable to consume food and drinks during the day. This applies only to public places. Local restaurants and food stores may be closed during Ramadan. On the premises of hotels, there is no problem with this.

Apply for your Tanzania e-Visa and explore the diverse religious world of Tanzania. Familiarize with local traditions and beliefs of various religious groups. Immerse yourself into the authentic East African world for an unforgettable experience!